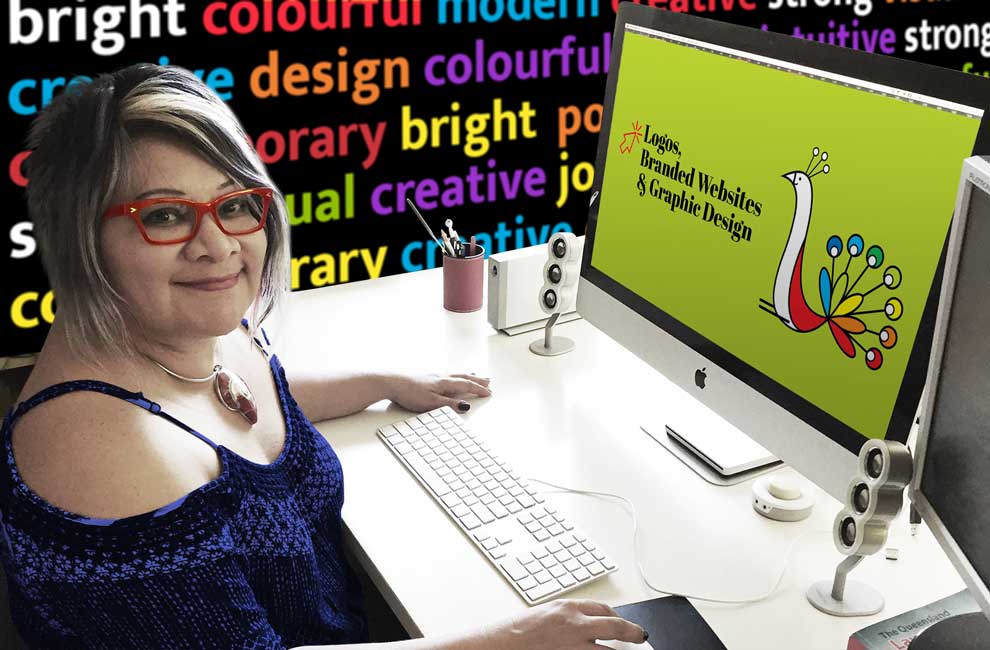 As a creative, Maria Teresa Rivera de Hindes (better known as Taty for short) has worked in the United States, Latin America and, since 2003, in Australia.

As a Graphic Designer and Illustrator Taty has designed for Hallmark, Disney, the Discovery Channel, Subway, Unilever, Hilasal and Nestlé among others.

Working as an Art Director Taty’s set up, trained and helped in the digital transformation of governmental and private sector design departments in Latin America.

During her 14 years as a Design Lecturer, Taty’s helped educating design students at universities in America and Australia.

Taty is a proud Fulbright Scholar and holds a Master of Fine Arts degree in Design from the Massachusetts College of Arts and Design in Boston, USA. Taty also has a Bachelor of Graphic Design degree from the University Dr. Jose Matias Delgado in El Salvador, and was the first designer in Latin America with formal qualifications in digital technology for creative industries.

In 2016, Taty obtained a Certificate IV in Business in Social Media Mastery, enabling her to help clients fully integrate their online marketing, branding and social media strategies. Continuing to update her digital marketing skills, Taty was named “Student of the Year, 2017” by the Social Media Mastery organisation.

Taty’s professional journey began in the design and marketing department of a large newspaper corporation in El Salvador, “La Prensa Gráfica” while studying art and design at university.

In 1987, moving from print media to textile design, Taty became one of the youngest creatives to work for Disney Latin America.

In 1989, she left El Salvador to pursue her master’s degree in design, thanks to a Fulbright Scholarship awarded by Harvard University – Laspau.

“The Fulbright Program aims to bring a little more knowledge, a little more reason, and a little more compassion into world affairs and thereby to increase the chance that nations will learn at last to live in peace and friendship.” – Senator J. William Fulbright

Returning home in 1992, Taty was the first to bring a formal qualification in digital art to Latin America. Using her unique position, she helped set up digital art departments in both the private and government sectors in El Salvador, including training people in the use of desktop computers and specialist design software.

Throughout her career, Taty has taught and lectured on design at universities in America and Australia. What’s more, her many speaking engagements have included Apple events in America, thanks to her enduring passion for design software (during her time in Boston, she fell in love with the Mac computer and the whole ‘desktop publishing’ world).

These days, Taty is the creative talent behind the unique award-winning design practice, Soul Space Design, based in Sunrise Beach, Noosa, on the Sunshine Coast, Queensland, Australia. You can read more about Soul Space Design here.

When not driving creative projects for Soul Space clients or honing her online marketing skills, you can probably find Taty on the beaches of Noosa, listening to audiobooks, watching TV series online, or keeping up with life on social media.

Some Soul Space Design projects require the talent of more professionals around Australia and internationally. We have a strong team of associates and contractors, offering a complete service to suit your needs, from concept to completion!

We pride ourselves in our attention to detail, caring and supportive attitude.

To ensure we are both a good fit for one another, we offer you a complimentary, private consultation.

Do you have a project in mind and need an estimate?